nowadays, everyone has heard of memory foam. We constantly get bombarded with sales people trying to convince us of its benefits. I am not here to debate whether memory foam is as good as it seems today. Instead, I am going to feast your eyes on some little-known facts that you might just be unaware of. There are a lot of interesting facts about this weird material, and it’s time to get to the bottom of them.

It Was Developed For A NASA Project

Yes, memory foam was part of a NASA project. We all know how strenuous the liftoff process in a takeoff procedure must be for NASA astronauts. That’s why memory foam was introduced -- to protect the astronauts inside it from the rigorous g-forces. And of course, memory foam’s biggest claim to fame is that it moulds itself around your body. It adapts to how you work, and that means that it pretty much creates a protective bubble. That’s why it was so crucial for NASA astronauts, and now the public is using it!

It’s visco...wha?! Viscoelastic means that when you get off the foam, it returns to its original position. Even though it has moulded itself around you, it still finds its way back to how it used to be. Of course, that won’t affect it the next time you come to use it, moulding itself around you again. Ultimately, it’s quite clever how the material straightens out to its original form.

Not All Memory Foam Is The Same

A lot of people tend to chuck memory foam into one category when they’re talking about it. But, memory foam doesn’t just take one form. Lots of different companies are working with it to offer different types of feels and features. In fact, you might have heard of Tempur mattresses, which are often described as ‘memory foam’. According to John Ryan by Design's Tempur bed and mattress guide, “Tempur® hate it when you refer to their products as Memory Foam.” So, there’s not just one kind of memory foam on the market, and there are a lot of similar alternatives, too. From my personal experience with my Tempur pillow, I could never go back to a plain pillow!!! 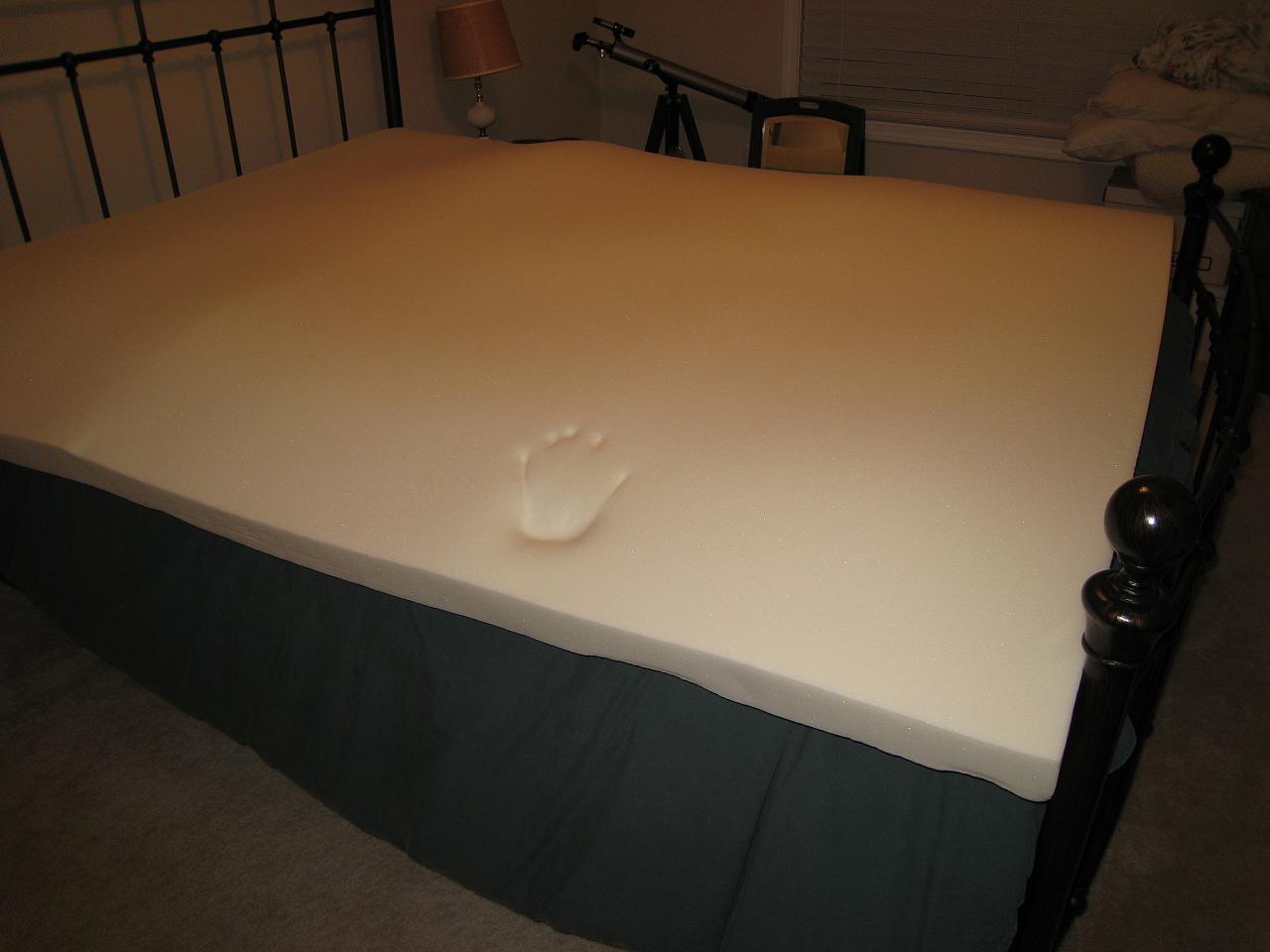 You can’t always have the positives without the negatives. By its nature, memory foam is heat-retentive. We’re talking about a material that moulds itself around your body. That’s naturally going to generate a lot of heat, and these mattresses can get pretty hot in the summer. This affects different people in different ways, depending on their reaction to it. Still, it’s important to keep it mind.

It Isn’t Isolated To The Bedroom

You think memory foam is simply for mattresses and pillows? You’d be wrong. As time has gone on, memory foam has started to become an important material for all sorts of things. That doesn’t mean it’s always the best, but you better believe that companies want to cash in on it! You can find memory foam chairs, cushions and more. But, as we say, keep in mind that memory foam isn’t always the best option. Just because it’s becoming a very popular material, it doesn’t mean it’s suitable for every task. Don’t fall for the marketing spiel if you don’t think it’s going to suit your needs.

When memory foam is mis-sold, that’s when issues really start to crop up. “This memory foam mattress is awful,” you might say. What’s one of the biggest reasons for this? Density. You need to understand exactly how density works in a memory foam mattress before you buy one. Ultimately, if we look at the basics, it’s fairly simple. In theory, a mattress with a higher density should turn out to be firmer. A mattress with a low density will be softer. There are a few factors that can throw this theory out the window, though, so you need to be careful. Buy from a reputable company; that’s the best advice I can give.

There Are A Vast Range Of Prices

Just as memory foam doesn’t come in one particular form, it doesn’t come in one particular price, either. You can get the lowest quality of memory foam on the market for fairly low prices, but it obviously will lack efficiency. The most expensive types, including the aforementioned Tempur mattresses, get into the thousands. Whether they’re worth your hard-earned cash will come down to you. You need to weigh up whether the price, feel and comparison to alternative materials results in a definite decision. There’s no right or wrong answer here; it’s up to you!