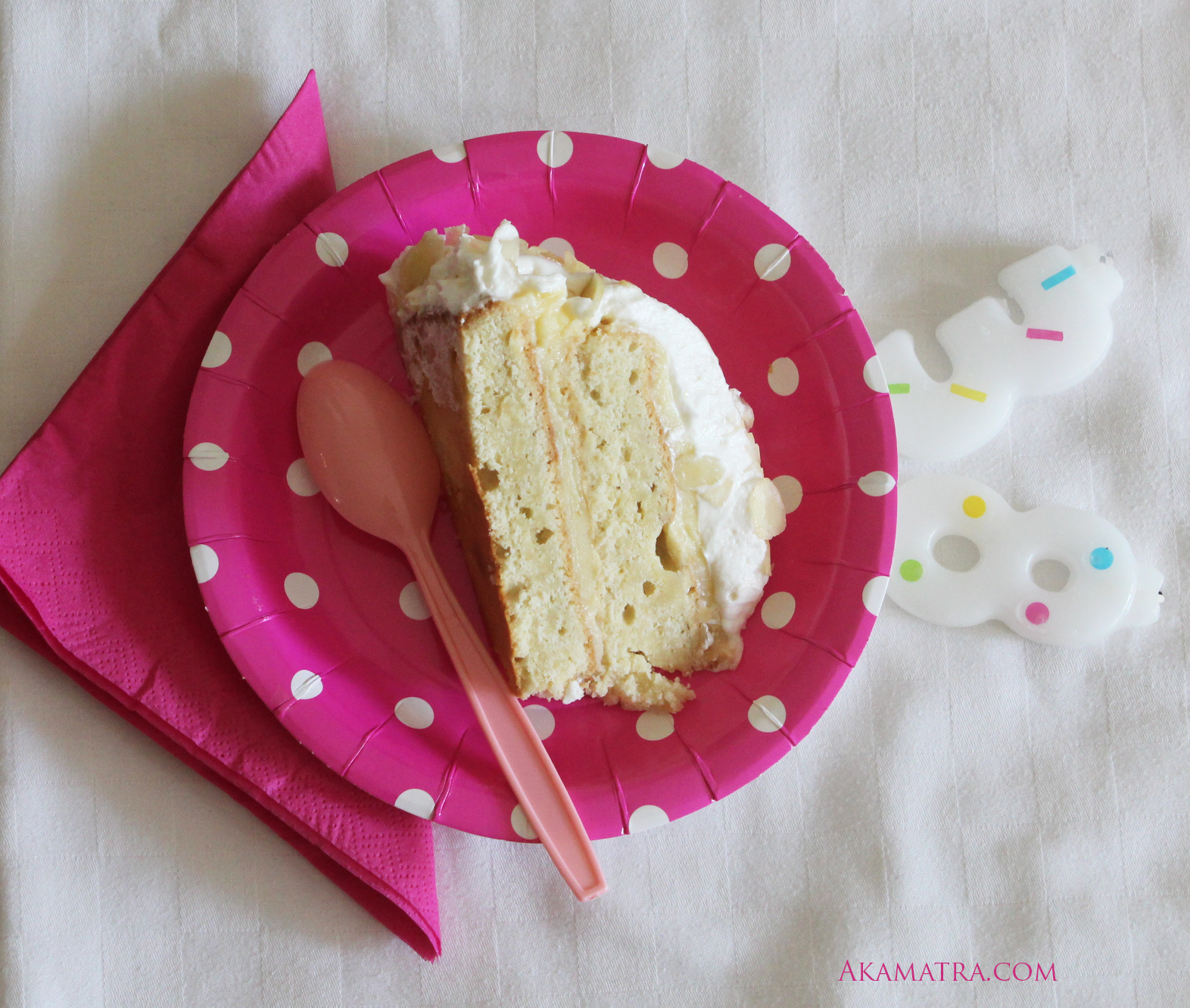 Well, it was my first time actually baking a birthday cake since the one I made here for Nick was an ice cream one with store bought ice cream, so it doesn't really count. So, I did what I do best and searched the internet for some yummy recipes. Well, that didn't really went as planned.

See, the photos that come up when you search for almond cake, or vanilla frosting, or even easy vanilla frosting on pinterest DO NOT have anything in common with the photos you'll see in this post. And I am not talking about staging the photo and making sure the light is ok. I am talking about reality! And some food bloggers have NO relation to reality whatsoever! 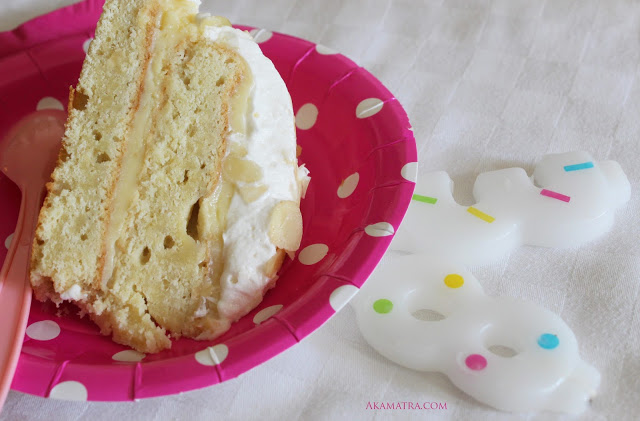 I mean, I know it takes some skills to bake a fluffy and moist cake and you need the right tools to make your frosting look like a well ironed sheet but come on you guys! It should be easy enough to follow a recipe that has the words "easy" and "fail-proof" in the title shouldn't it? Well, I'll tell you. For me it's not!

I saw this amazing looking cake on pinterest and decided I wanted to make it. I followed the recipe to a t and it was pure disaster! The cake was not so bad and I ended up keeping it. I even made it with cocoa for the chocolate one I made. It was a regular cake, not moist and not fluffy at all, but it was tasty, I'll give you that! Oh but the frosting! You guys! You would've felt sorry for me!!!! It was the biggest disaster in the history of frosting disasters!!! I wish I'd photographed it but I was so busy cursing the Internet gods that made it possible for this thing to find its way in my kitchen that I forgot! I didn't even know how to through it away! You see, I tried to frost the cake with it and ended up scraping it from the cake (in order to at least save the cake) but it had so much butter in it I couldn't very well put it through the drain! So I used many plastic bags to seal it and through it out! 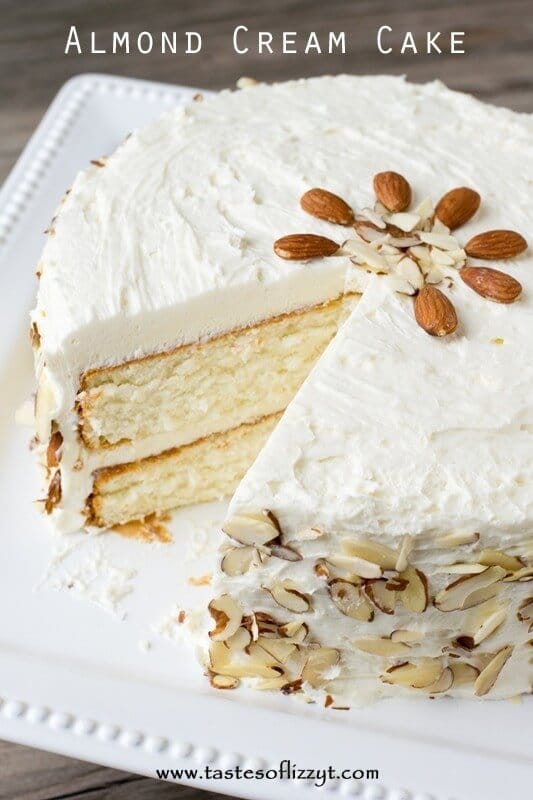 Honestly I didn't expect my cake to look like Julie's but I didn't expect the frosting disaster I got! Anyhow, I decided to make a creme pudding to use between the cakes and find another recipe for the outside frosting. I should have stopped right there. I should have used only the pudding and some almonds to decorate the cake and call it a day! But no! I am stupid! So so stupid!

What is it about the wording of a blog post that makes you go stupid you think? Maybe it's the words, "Easy seven minute vanilla frosting"? Yeap, I am a victim of the image! I am and I should seek professional help about it! Cause I did it again! I let the words get me! I should have known better! I should have used the recipe in the heavy creme box. Now, that would've been EASY! But no!!! Not me! I wanted it to be ready in 7 minutes!!!!

Instead, what I did get was a bump on my forehead from repeatedly knocking my head on the kitchen counter! What I did get was a disgusting runny thing that resembled something that should never be seen in the kitchen! Ever! And then I did the logical thing and made some whipped cream with the heavy cream's box recipe (into which I added some almond extract for flavor).

So I ended up with this. 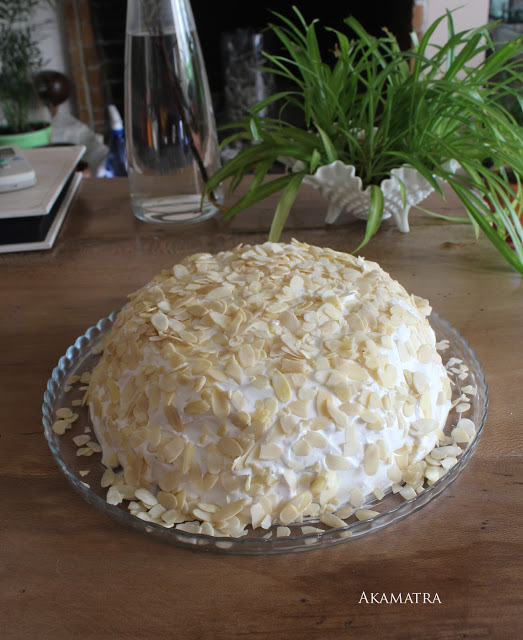 Which wasn't bad tasting at all for those who ate it apart from me that kept tasting the bitter taste of wasting 7 (!!!) hours on my feet to make a mediocre birthday cake. Hence, this is a food post without a recipe!

The second cake I baked was way better, though not in way of appearance. Of course this has nothing to do with anyone else but me since I was so tired to do anything else than frost the cake and put it in the fridge.

I'd already baked the cakes from Julie's recipe (with the addition of some cocoa) so what I needed was the frosting. By then I was regaining some sense in my head (from the previous knocking on the counter) and I decided to use a recipe from a blogger I know and trust. So I made the chocolate mousse part of this recipe to put in between the cake layers and it turned out ok. But I still needed frosting and I didn't want whipped cream for the chocolate cake.

So I took another huge risk and used this recipe for the peanut butter frosting. I wanted to make this. 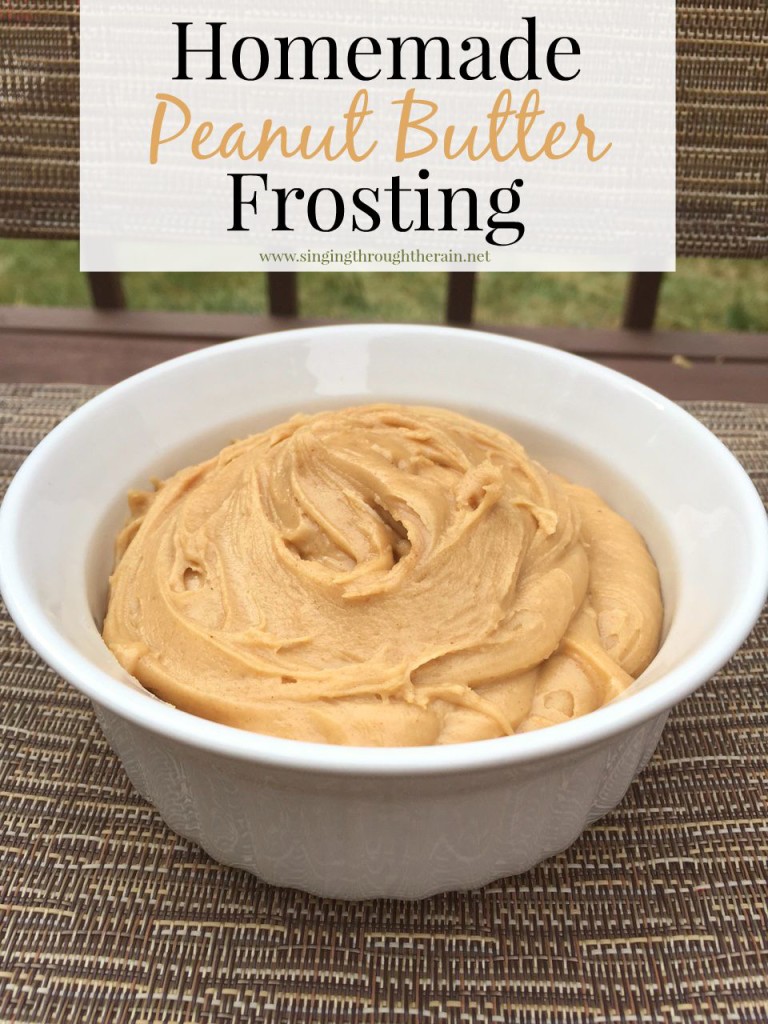 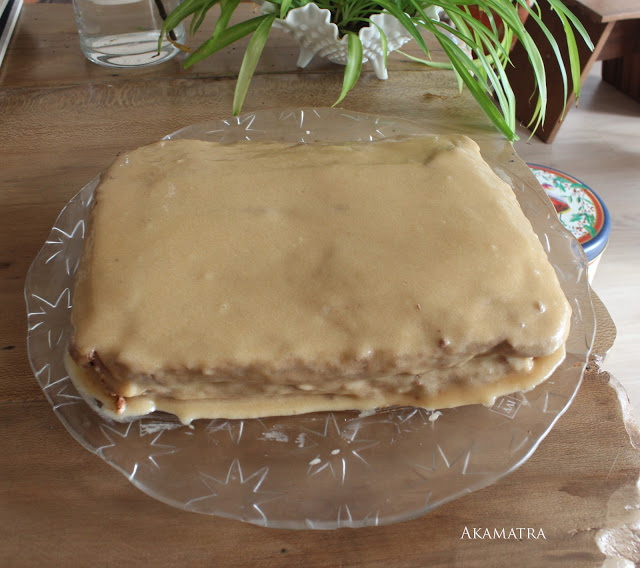 It doesn't look very inviting but it tasted fine and after all the trouble and heartache that was ok in my book!

I also made some finger food for my friends, which thankfully was well received probably because it was all well tested in previous occasions. 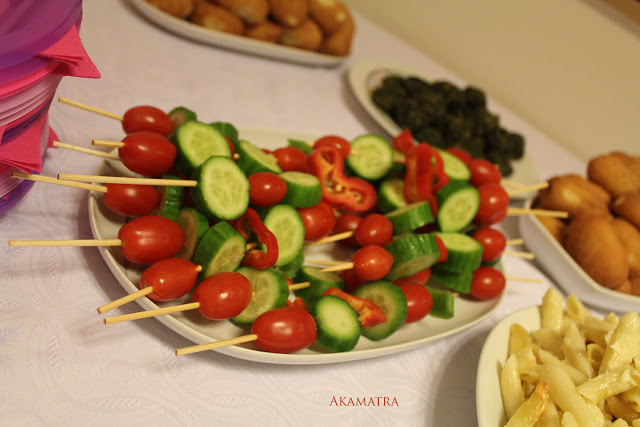 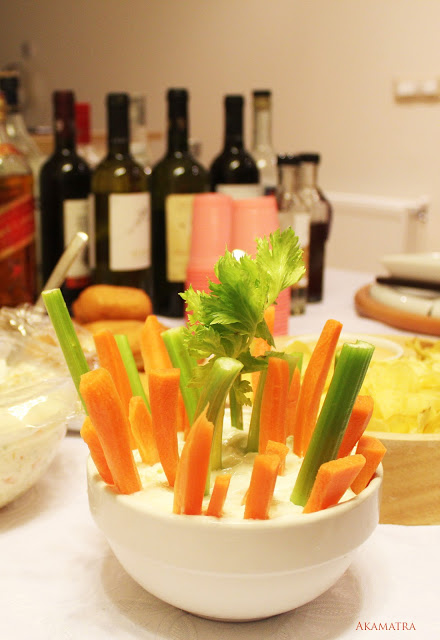 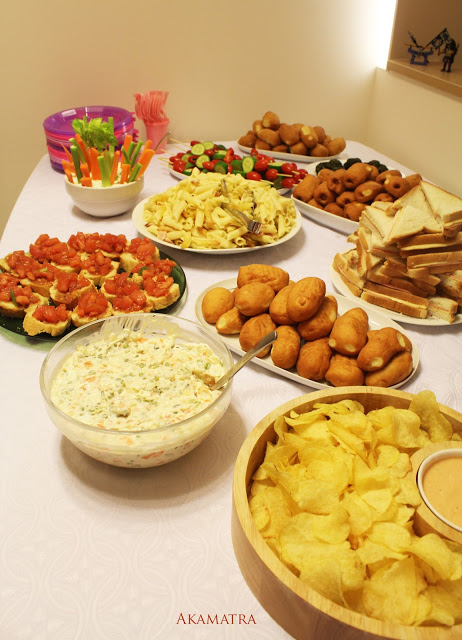 My friends and their kids are wonderful people that appreciated my efforts and ate almost everything I offered them and I thank them for that! 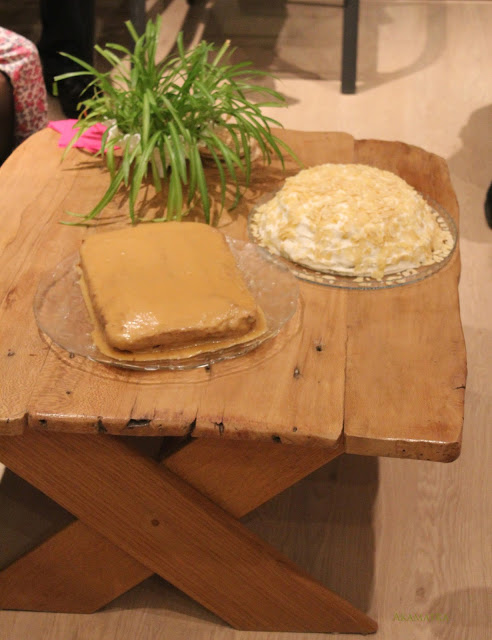 However, this was an eye-opening experience for me and these are the lessons I've learned from it:

1. Avoid recipes from blogs and sites you don't know and haven't used before. If you see something you like and want to try it out, do just that, try it out. On a day you have nothing better to do. If it works, hooray! If it doesn't you know not to "shop" there again and you are safe from disaster on an important occasion.

2. Be suspicious of the word "easy" on any recipe! It may be easy to make but difficult to succeed!

3. Always read the comments of the ones who actually tried the recipe! If I had I would've seen how many people complaint about not succeeding in the easy 7 minute frosting!

4. And last but not least. Ask a friend, you mom or a person you trust for a recipe. I actually did that before starting the cakes and Zina's advice was to make Athina's cake (which I ended up using after all). Chances are that if they have the same level of skills with you, they will lead you to success!


How about you? Any culinary disasters from following an "easy" recipe online?