I am super excited about what December will bring and I don't mean just the holidays! I have great plans for the blog that hopefully will be evident with the new year. We also just finished making our Christmas tree and it was our first family DIY! And last but not least, I am taking part to my first Amigurumi contest!

When I first read about it on Amigurumi patterns I thought it would be nice to be able to take part but I was worried that I wouldn't find time to make anything. But it bugged me so much that it awoken my competitive streak and I decided that sleep is overrated so I would find time to make something. 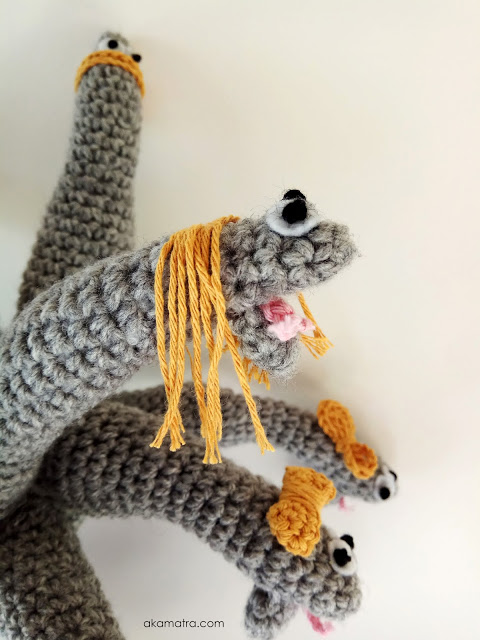 The theme of the contest was Cute Fantasy Creatures and my mind went to my favorite one, Lernean Hydra. I have made one in the past as I have shown you on my How to make a monster prop post. This time I needed to make a crochet one though. That's way tougher! I needed to design it from scratch and the only way I could is by visualizing it. I used many photos to do so like the one shown below. 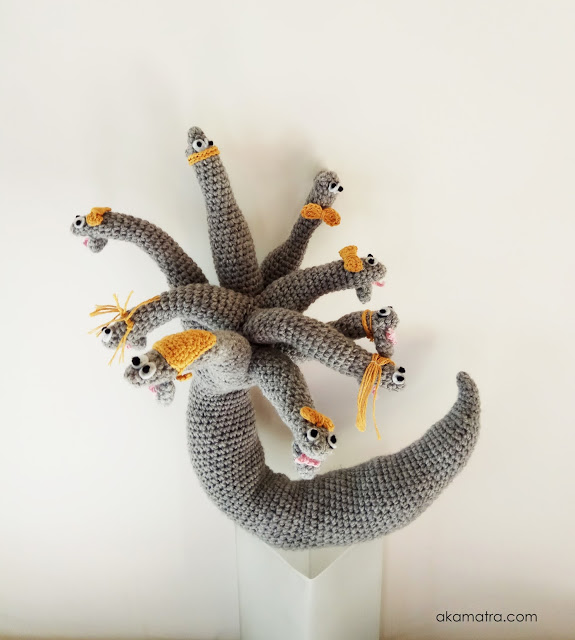 Lernean Hydra was a mythological monster that Hercules was able to kill during his second labor. That's what the myth says anyway!

The Hydra I designed is a cuter and more tame version of that!

She is a nine headed mom of two sons: Disa and Ster (get it?). She lives in a small village called Lerna in Southern Greece inside a cosy cave filled with moss. She and her sons used to be feared by the other villagers until Hercules came and set the record straight. "She's just a mom", Hercules said. "She needs nine heads to deal with two boys, that's all!" After that, Hydra but on her bows, her headbands and scarves and started her very own day care center. Now, she takes care of all the village's toddlers and everyone loves her! 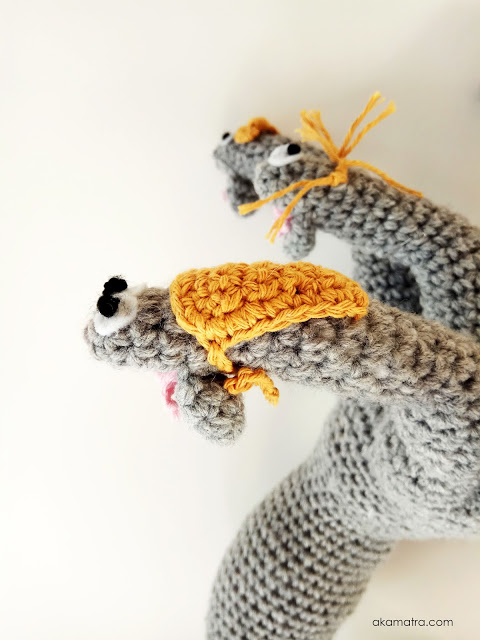 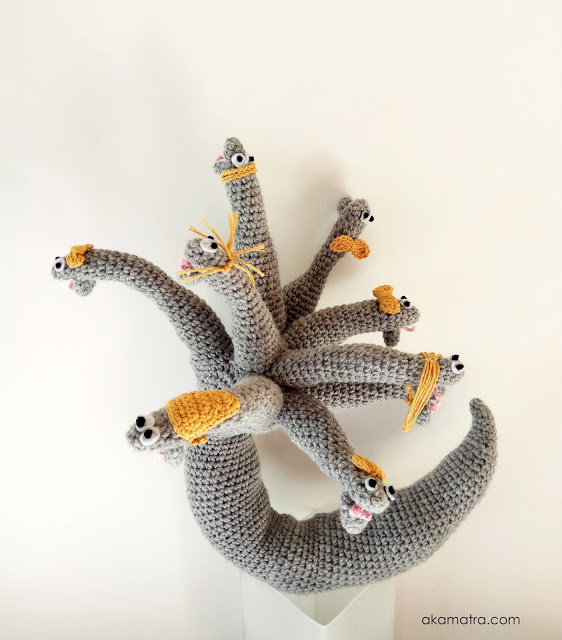 Well, almost everyone. Her future daughters in law are quite intimidated by her. Can you imagine having her over? She would spot the dust under the table, see the unmade bed, smell the burned food, frown upon the laundry, check the bathroom for mold, see that dirty dish, zero in on that hole on your sock, check the plants for water and keep a conversation at the same time! Can you say scary? 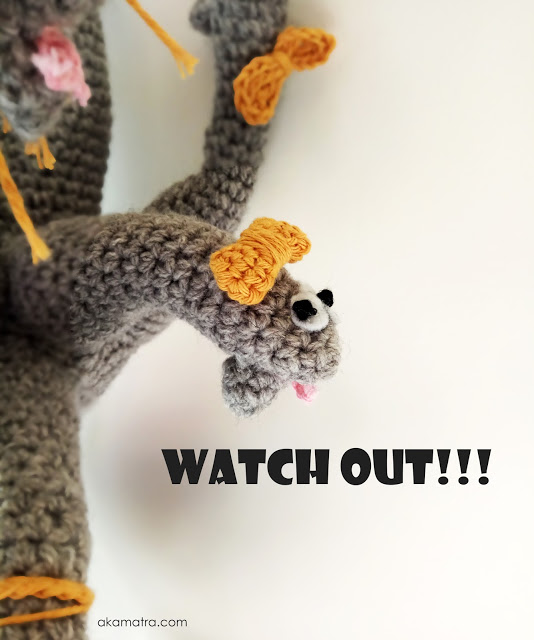 If you happen to see her don't forget to say hi. Even if she's speaking to someone else, one of her heads will wave back for sure! 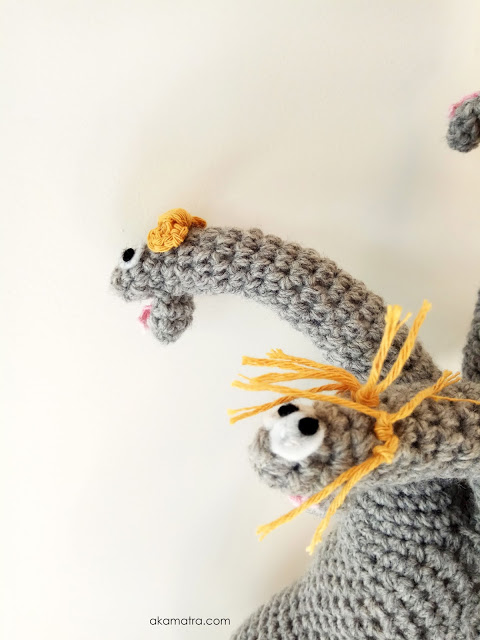 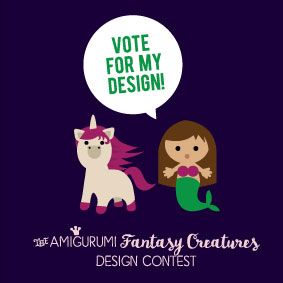 Click on this link. The first image you see in the first row is my design. You have to click the little red heart at the top and turn it green. You have to do the same with other 9 designs you like! Once you do that write your name and email address to the pop up window. Then, you will get a confirmation email which you have to open and click on the link for your vote to count.
I know it's not the easiest in the world for all of us who are very busy. But it will mean the world to me and to other designers out there to show you care!
Plus you may win some pretty cool yarn for yourself!

If you like it I would be grateful if you could vote for me. The prizes are awesome crochet hooks and yarn and you would be my hero if you took the time to do so!!!!