Make a pom pom toy for your cat

it's been a while since I posted a tutorial here and since Mini the cat desperately needed some toys, I thought I start making him some.

This is a very basic, very easy tutorial on how to make pom poms with a pom pom maker, but with a little twist!

You see I love pom poms and ever since I bought my pom pom makers, making them is the easiest thing ever! Seriously! All my Christmas gift wrapping had a pom pom on it! I love them!

However, they don't always stay in shape! I mean, they have the tendency to fall apart little by little. If you've ever made one you know what I mean. Well, I needed really sturdy pom poms to give to Mini the cat to play, and the last thing I needed is having them fall apart as soon as he puts them in his mouth! That's a NO thank you!

The answer to this problem is very simple! Hot glue! Yeap, read below to see how I did it! 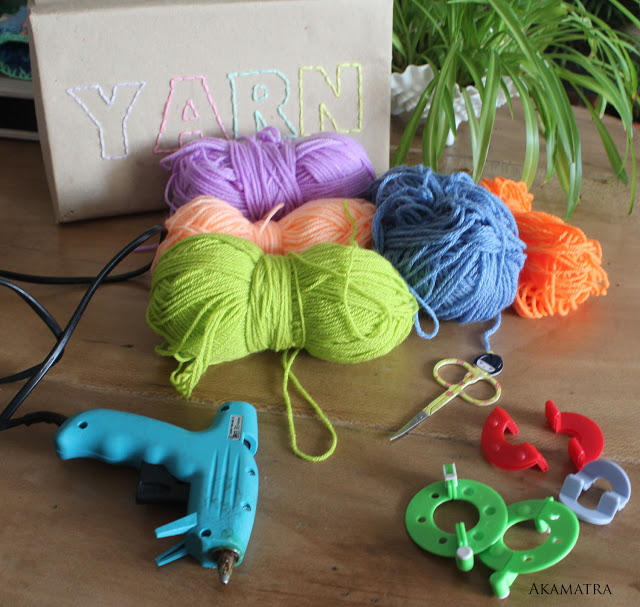 My pom pom makers are from Prym and they come in 4 sizes. I also have one Anna send me in her Secret Santa gift along with the blue yarn you see in the photo. I think this one is from Tiger. 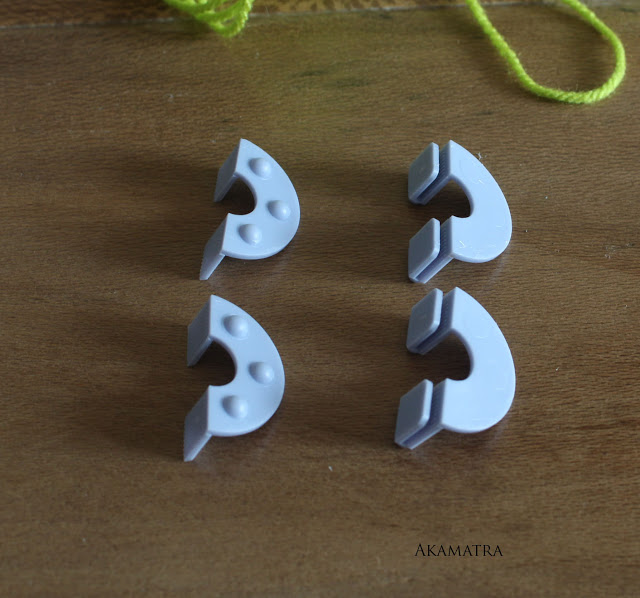 I used the smaller pom pom maker for this toy.

First put your two parts of the half pom pom together according to the manufacturer directions. 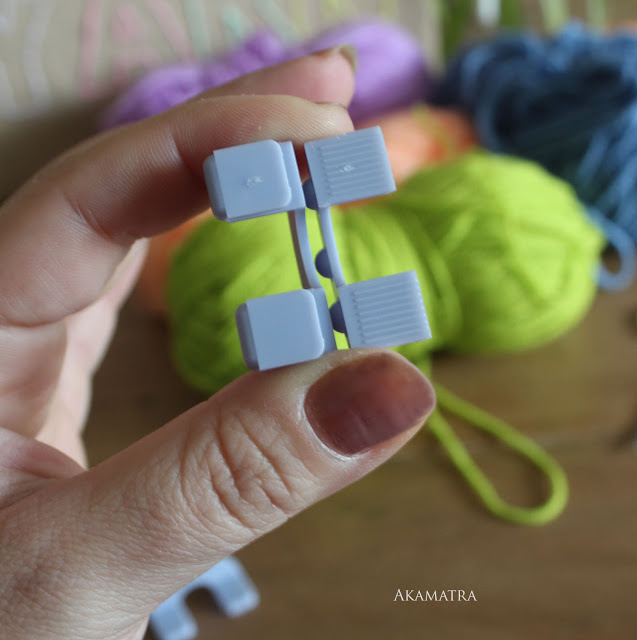 Then start winding the yarn around the semicircle. 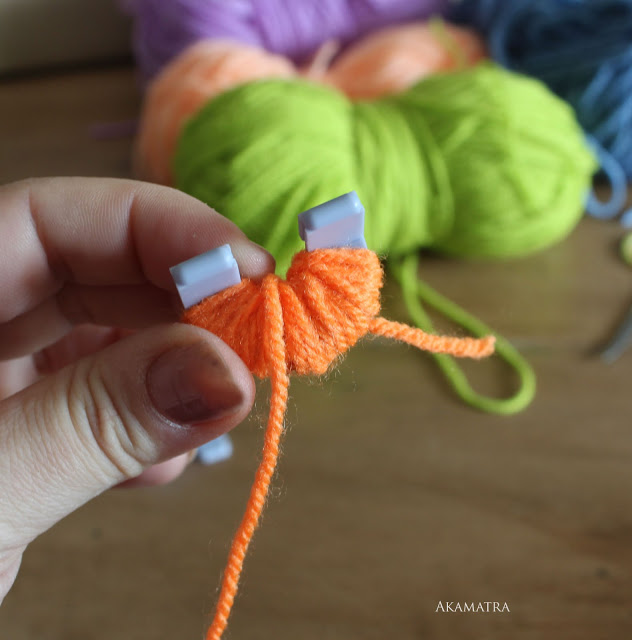 Try to wind your yarn evenly on the semicircle to cover it all with one passing. Once you have cover it use your hot glue gun to add some glue on the inside part of the semicircle. Just a drop or two is enough.

Then continue to cover the pom pom maker with more yarn. As you do, you'll pass the yarn over the hot glue and it will glue onto the previous round of yarn. When you have another round of yarn put some more glue.

When the one part is totally covered, cut the yarn. 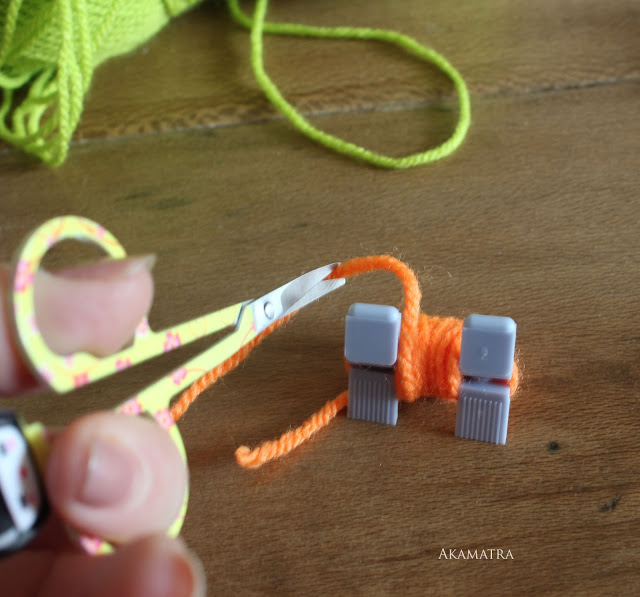 Now,  do the same for the other one. 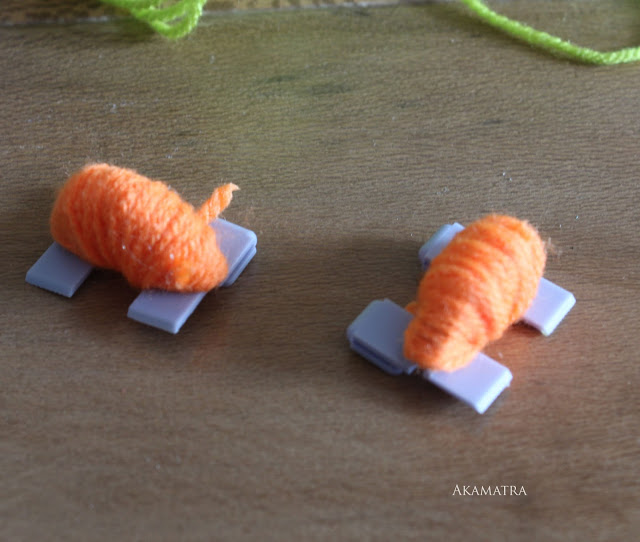 You are now ready to interlock the two parts of the pom pom maker. 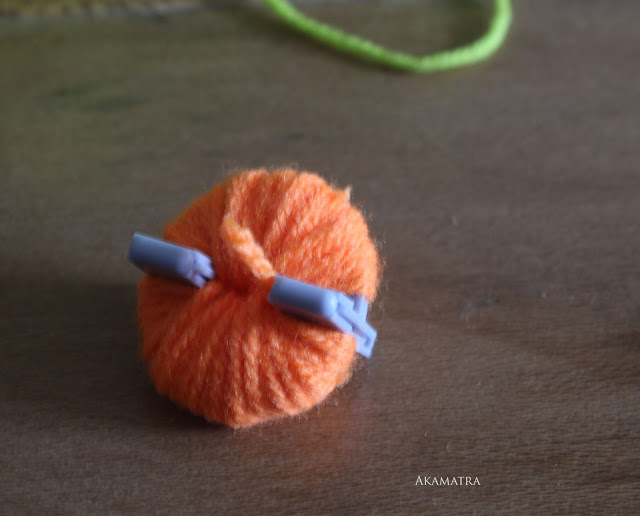 Take your scissors and cut between the two halves of the pom pom maker. 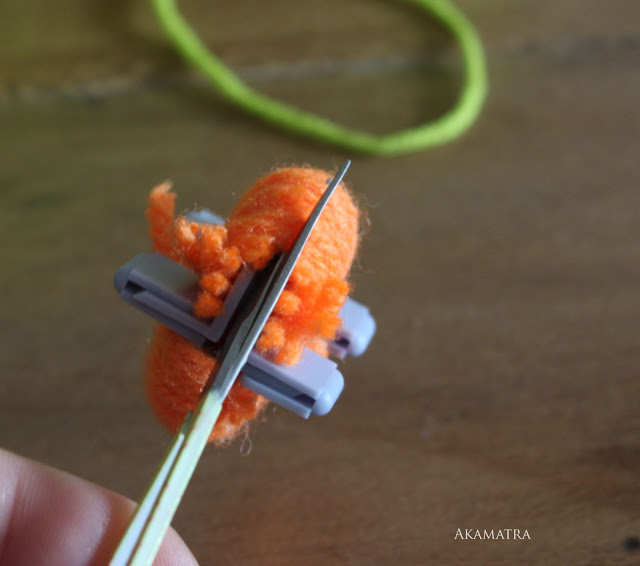 Take a long piece of yarn and put it in between your pom pom maker parts. 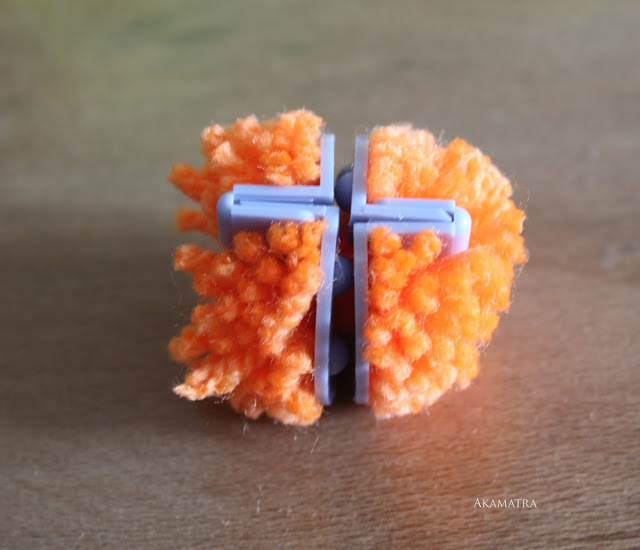 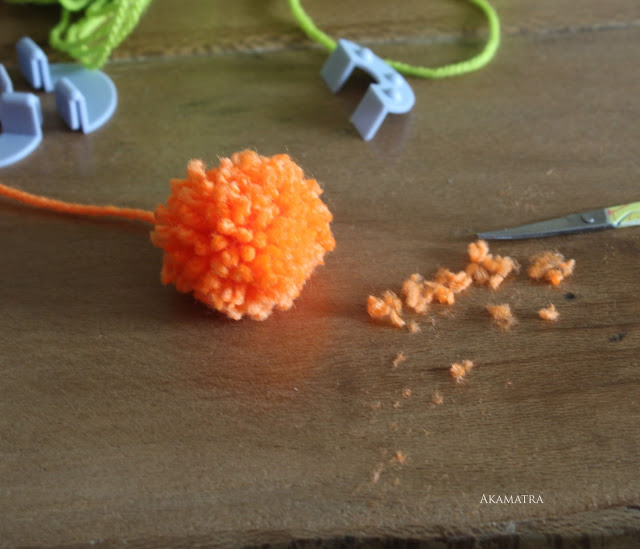 I also made one in green yarn, a bit bigger than the other. 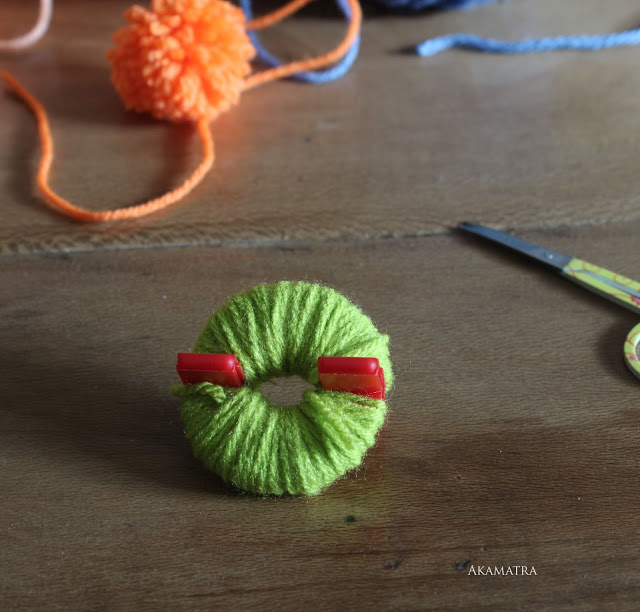 I knotted the two long ends of the pom poms together. Mini's new toy is ready! See, cat's are easily satisfied (in terms of toys that is!). 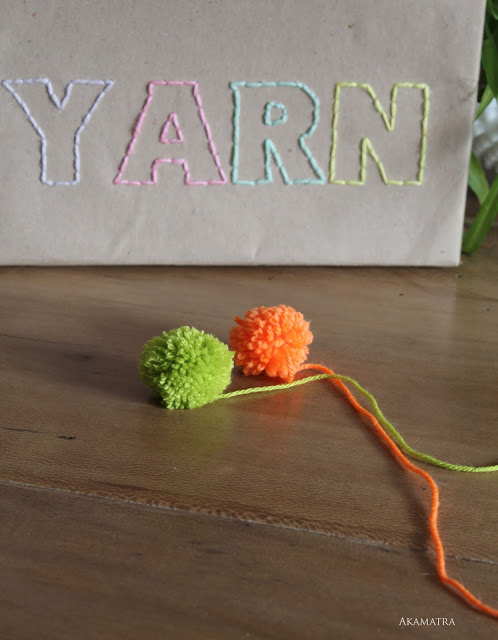 Here he is inspecting his new toy! 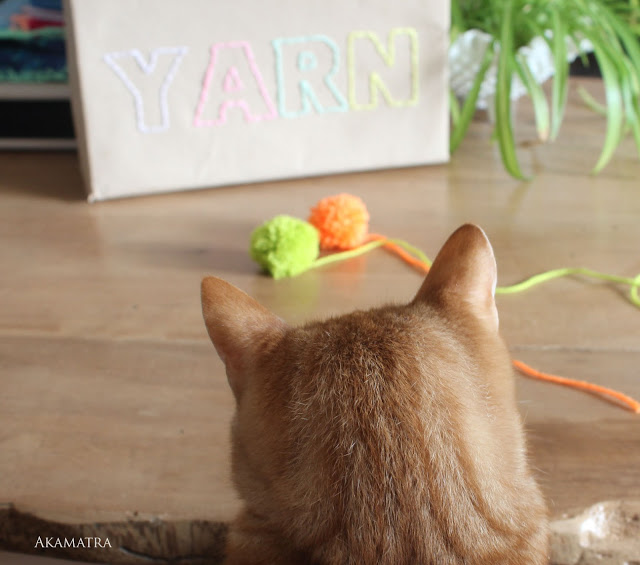 I made this toy for Mini a couple of days ago. In all honesty I haven't seen him play with anything else so much!!! He adores it! Best part? The pom poms don't shed! At.All.!!!!

This is a great way to make pom poms that will not fall apart for your knitted and crochet goods. I know I will never make another hat without this twist!