7 things you should not miss in Santorini

Often named as one of the best places to honeymoon in Europe, Santorini is a true Greek gem. And it's far from being hidden, too! Personally, I love going there and I have been there a lot of times! I was super lucky to have my best friend's grandmas house made available to us throughout our school years so I've had the chance to get to know the island! Last time I went there was for our honeymoon and I can't wait to go there again soon!

Here are 7 things you should not miss in Santorini!

1. Witness the Sunset from Oia

For those who have seen it, Oia’s sunset is considered to be among the most majestic around the globe. Just when the sun is ready to fall behind the Aegean horizon, it scatters the light along the skyline in breathtaking red and amber colors. What’s interesting is that in order to describe the sunset, Greeks use the word “heliovasilema” which translates to the reign of the sun, and seeing the picture, there could be no word more fitting. In order to enjoy this infamous sunset, make sure to arrive at Oia’s castle a couple of hours earlier, as tourists flood the highland daily. An alternative is to witness the sunset from Firostefani –a less popular choice that misses nothing of the view, making the experience a lot more personal and private! That's where we spent most of our days during the honeymoon and it's lovely! 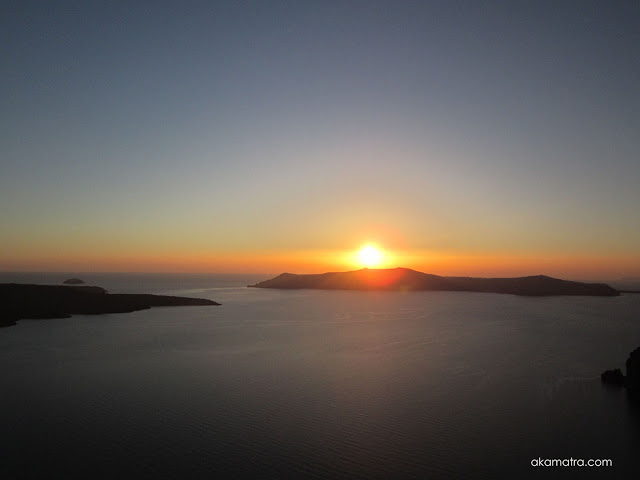 Santorini is a place with rich history and mythology that entwine throughout the millenia and still envelop the island today. One only has to look at the other names by which this island was known, like “Kallisti” at first, when it was still occupied by the Phoenicians, which meant “the most beautiful”; “Thera” later (still used by Greeks today) after Theros, the Spartan who colonized the island on behalf of the Lacedaemonians; and finally Santorini –a name given by the Venetians during their occupation in the 17th century, after Aghia Irini (Santa Irini), a small church that was close to where the Venetians moored their ships. But its most foreboding name would definitely be “Stroggili”, meaning “round” seeing as it was a volcanic cone which erupted in 1613 B.C. and destroyed the island’s entire prehistoric civilization.

Of course with a geologist as a husband we couldn't miss the chance to visit the volcano. Only we did, lol! We decided the few days we were able to spent in the island should be spent otherwise and we didn't go. Actually, that's something we tend to do in every place we visit and really like. We leave something to do for the next time we visit!

3. Visit the archaeological site of Akrotiri

Interestingly, it is said that the inhabitants of Santorini had been informed about the impending volcanic explosion and so there were no human casualties. The damage to their culture however was surely immense! It was during the ‘60s that archaeologists started excavating the site in Akrotiri and found remnants of the island’s prehistoric life: their economy was based on trading, their culture and social life was rich, and their society was generally wealthy as it is apparent from their two-story homes, their artifacts and other fossilized evidence. The archaeological site of Akrotiri is open daily (except on Mondays) from 8.00 to 15.00 during the winter months and from 8.00 to 20.00 during the summer. General admission is €12 (excluding free admission days).

4. Stay in the Apanemo Hotel

Built upon a hilltop looking over the Red Beach, the Apanemo, with its elegant venetian architecture and its hospitality, is sure to take your vacations in Santorini in a deeper level! Enjoy the view of the caldera from one of the private balconies, swim in the pool under the Mediterranean sun, and enjoy the home-made buffet breakfast full of unique Greek delicacies! Excited for the Greek summer and known for being all-embracing, the people of the Apanemo will certainly earn a place dear in your memories! 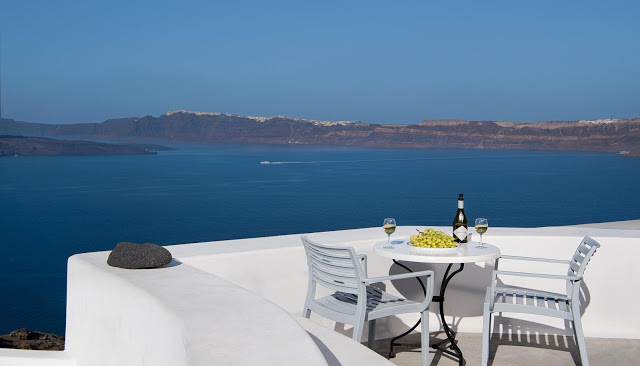 For nature-lovers worldwide, Santorini is considered to be a haven of natural beauty. Greeks have been traditionally close to nature as agricultural and maritime economy have dominated their lives from ancient years until today. Islanders of the Aegean have long formed small and tight communities that become all the more self-sufficient the further we travel into the past. Today in Santorini one can admire the balance between nature and the community and experience this intimate closeness! So rent a car and visit some of the wonderful beaches the island has to offer. They are truly magnificent! 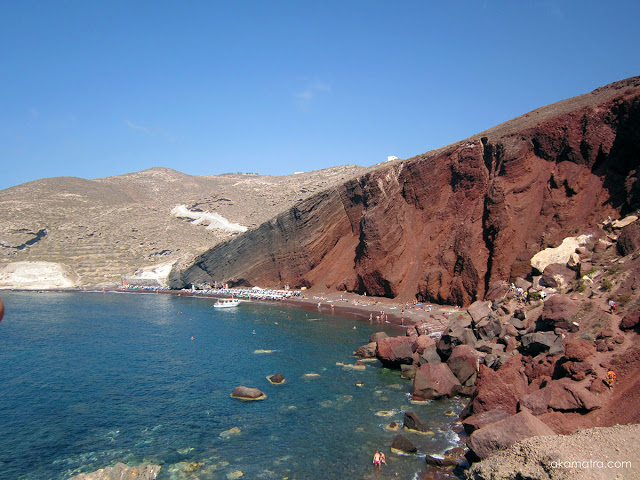 The cosmopolitan atmosphere in Santorini is known for being bighearted but when coupled with the Greek temperament, it transforms into an experience that should not be missed! Whether you decide to join in the Greek “kefi” by singing and dancing traditionally with the locals in a familial mood or venture out to the beach-bars and trip the light fantastic, Santorini will surely not disappoint! Party-lovers around the world should definitely keep their eyes and ears open as many events and private parties take place in Fira that are popular for being extraordinary! For those looking for a low-key night out, the restaurants in Fira are plenty while there is also no shortage of highlands and beaches where you can enjoy the view in good company!

Following the Mediterranean diet, Greeks are known for enjoying abundance and fresh food! The omnivorous eater will have a ton of opportunities to enjoy fresh fish and other Greek delicacies while the vegetarian/vegan will find a haven in Greek cuisine: wild greens, veggies, legumes and roots are native to the land and collected daily before arriving on your plate in a fusion of flavors! 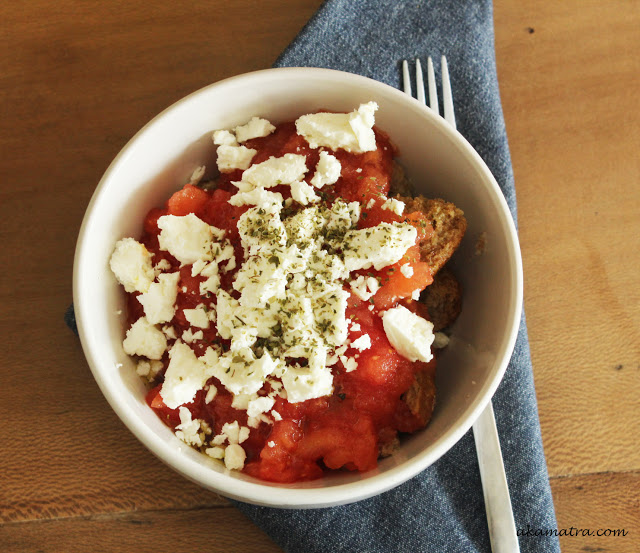 So, Santorini, is like a time capsule that will take you into its past adventures and inspire you to form your own, unforgettable ones! Book your ferries from Athens to Santorini and you'll get to experience a small piece of heaven on earth! 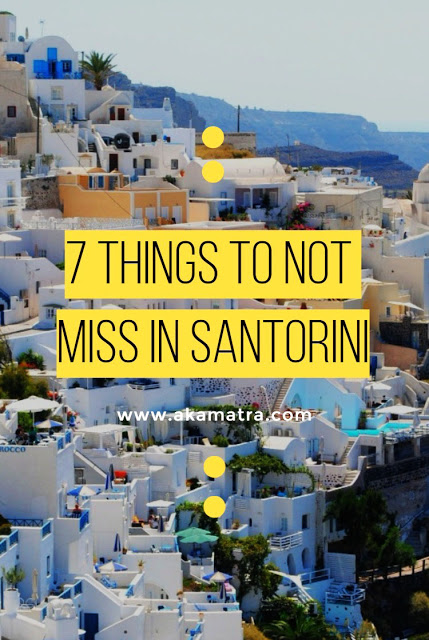 Have you ever been there? What did you like the most? Would you consider going?