Who Can Wear an Eternity Ring? 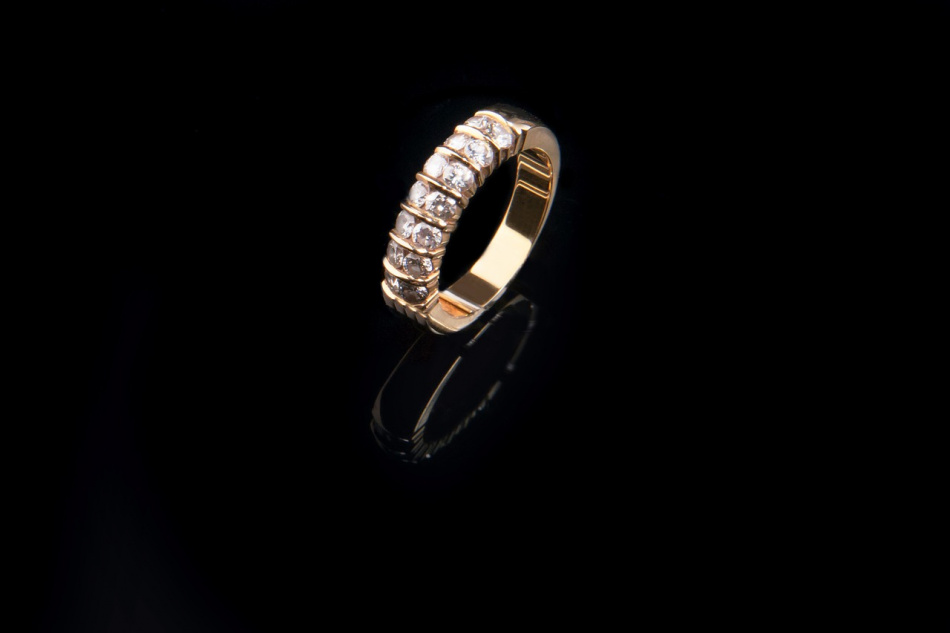 What is an Eternity Ring?

Eternity rings were widely popularised in the Western world by the famous diamond merchants. They needed a way to market smaller diamonds to people in a time where large diamond solitaire rings were the champions of engagement rings.

Who Wears an Eternity Ring?

The famous diamond merchant De Beers, found their way into peoples’ pockets with eternity rings by marketing them to married couples. With the tag line ‘she married you for richer or poorer, show her how it’s going’, De Beers were a shoo-in for success. For this reason, eternity rings are traditionally given to married women on a significant wedding anniversary. The shortest answer to the question ‘who can wear an eternity ring’ therefore is: married women.

Today, some people are choosing eternity rings as a wedding band, preferring to keep the diamond theme from their engagement rings going rather than wear a plain band. Eternity rings make for nice wedding bands, as you can tailor the size and quantity of the featuring diamonds to suit your needs and preferences.

Other people receive eternity rings from loved ones other than their spouse. The symbolism of the eternity ring is traditionally that it represents a never-ending bond between two people, and so it’s not uncommon for people to gift eternity rings to their children or for best friends to give them to one another.

It is becoming increasingly popular for men to wear diamond eternity rings as well, whether they’re wearing them as wedding bands or just as fashion statements. Perhaps this is the perfect gift to give to a special man in your life, whether it’s your son, your father, your brother, or your best friend. Men’s eternity rings frequently have multiple rows of diamonds, making the ring thicker and more ‘masculine’ in appearance.

Significant birthdays like 18ths, 21sts, 30ths, and 50ths are all occasions for an eternity ring as well. Whether it’s to symbolise someone’s entry into adulthood or celebrate their life’s achievements, eternity rings can be applicable to most gift-giving events.

Should You Gift an Eternity Ring?

The key to answering this question is to know what your intended recipient likes. If it’s their birthday and you want to treat them to something special, you can find eternity rings made with their birthstone, allowing for something less expensive and more relevant than diamonds. Furthermore, you can also opt for a half eternity ring if you’re looking to save on the cost of the ring.

If it’s a special birthday, an anniversary, or the celebration of a significant achievement, perhaps a vintage or antique eternity ring is the right choice for you. These eternity rings cost much less than their modern counterparts, and if you do your research, you can find a ring that’s celebrating the same birthday as the recipient!

Overall, it’s clear to say that anyone can wear an eternity ring, although there are more typical expectations for when people should wear one. If you’re looking for a little bit of glamour, or you want to give someone something really special, an eternity ring is a really good choice for a memorable gift that can be used for years to come.